This main goal of this case is to build photosynthetic reaction mold factory that raises algae in Linkou, the factory is composed of photosynthetic reactors, green energy systems, water treatment systems, network monitoring, and ecological buffer pool subsystem, the structure of the system is shown in the picture. As one can see in the following figure, you need to enter algae culture medium, gas used in mixing , and the promotion of artificial photosynthesis light source (LED) into the algae cultivation system. The algae culture medium tank is also used as a CO2 absorption cell, the liquid source comes from fresh and sea water, algae-recycled water, and algal growth required nutrient solution mixture. Algae cultivation system’s culture medium enters the algae recycling equipment,part of the algae recycled and filtered water are used in the ecological breeding ponds, the remaining water are reused in the CO2 absorption slot after appropriate processing cycles. In addition, the exhaust from fume scrubber will be imported into the algae culture system, as gas used in mixing in the algae culture bucket, and the highly elevated oxygen produced by photosynthesis are supplied to breeding pools used to improve breeding density.

Factory green energy system is based on solar energy photovoltaic and LED integration of artificial light sources such as green energy subsystems (Photo 1 and Photo 2), storage-system as an array of lead-acid batteries (Photo 3), a number of points of power input/output functions, monitored by energy management software program. Monitoring results of remote monitoring system are presentation on a Web page, examples of electro-optical systems, greenhouse and plant on the monitoring Web page are shown in Photo 4~ Photo 6. Ecological pond cultivation of plants after completion (Photo 7) and fish stocking (Photo 8), after six months of testing (test projects include carbon, nitrogen, and phosphorus and other nutrients) It is confirmed that the ecological pond algae has a good stabilizing effect on the nutrients released into the water. 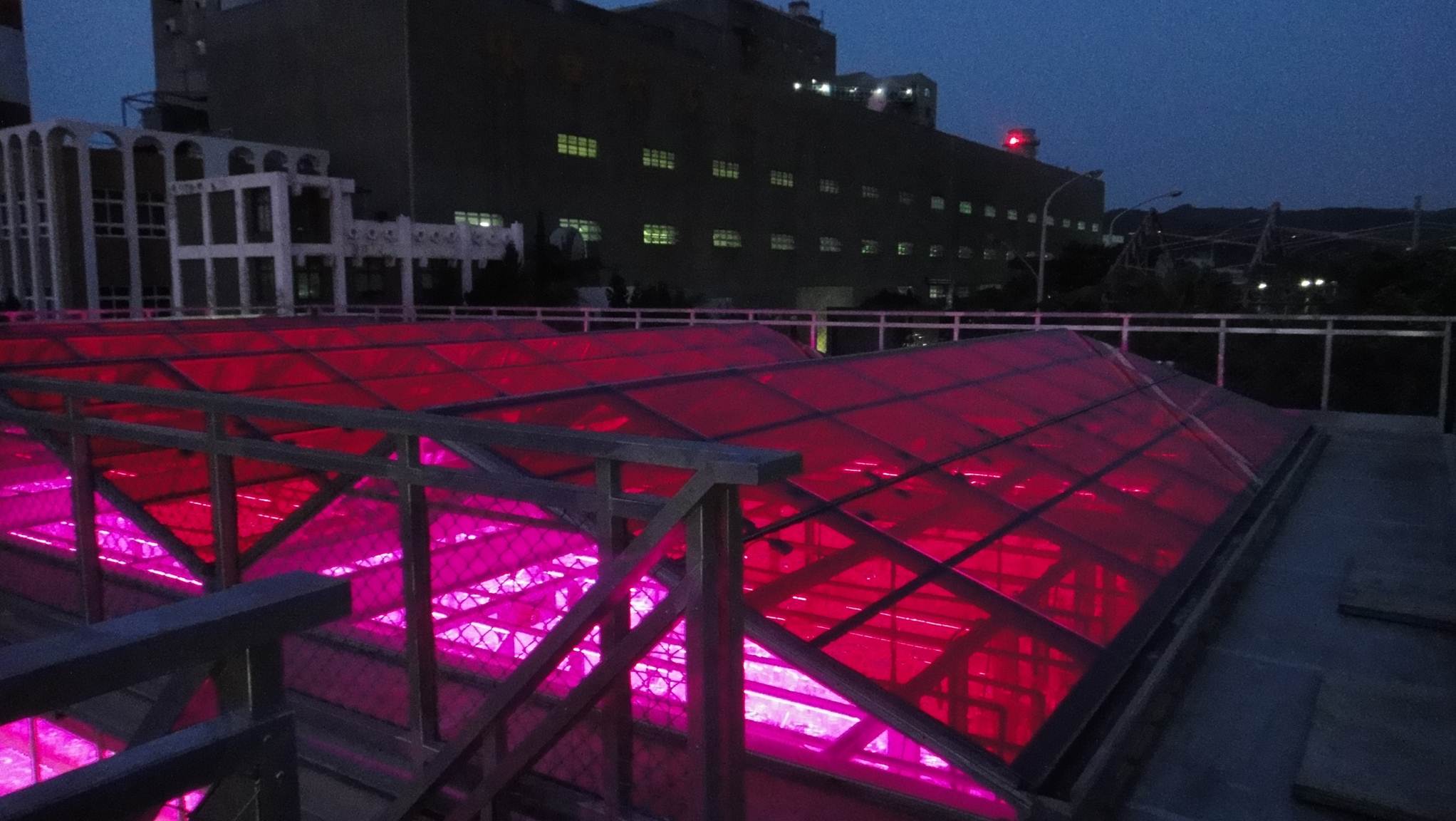